Can Tight Hamstrings Cause Low Back Pain?

Can Tight Hamstrings Cause Low Back Pain?

I’ve worked with many patients over the years who have been told by healthcare providers that their tight hamstrings are the cause of their low back pain. They’ve been given hamstring stretches which results in little to no effect on the actual length of their hamstrings or their back pain.

It is a common perception that hamstring stretches are necessary for those with low back pain. A quick Google search leads one to believe that tight hamstrings are the cause of low back pain, therefore, stretching them must be the solution.

Tight or stiff hamstrings are a common finding in people with painful backs, but are they the actual cause or are they as a result of low back pain? Let’s discuss this a little further.

The hamstrings are made up of the following muscles: 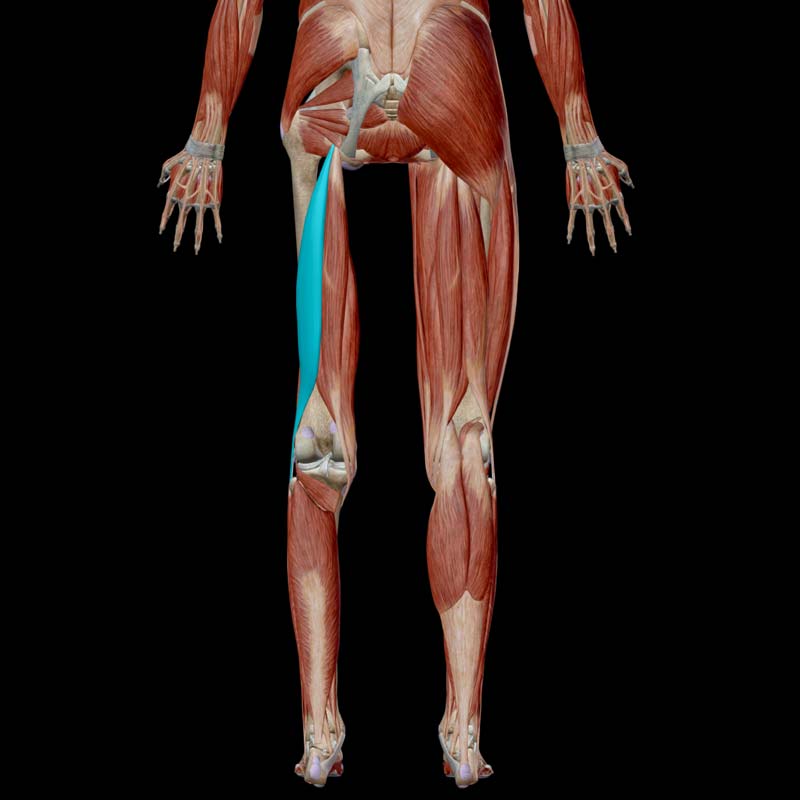 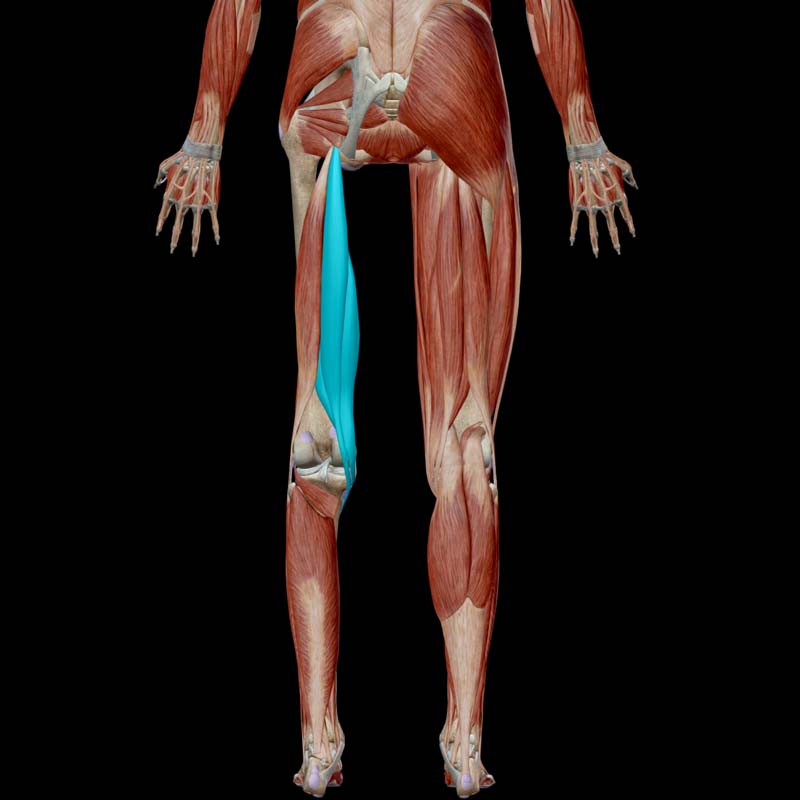 They share a common tendon that attaches directly to your pelvis on the ischial tuberosity (or “sit bone”). The biceps femoris has a long head and short head which attach to the bone on the side of your knee called the fibular. The semitendinosus and semimembranosus attach to your tibia (the shinbone).

The main actions of the hamstrings are to flex the knee and extend the hip whilst also providing stability to these joints. The hamstrings also act as a brake and contract eccentrically (muscle contraction while lengthening – think deadlift) to control movement of the pelvis and the knee.

How do we assess hamstring flexibility?

There are a series of different tests that can be used to assess hamstring flexibility. One of the most common tests used by doctors, chiropractors and physio’s is the straight leg raise (SLR). We are taught that if the leg doesn’t pass 80-degrees that the hamstrings are too tight and the solution is to stretch them. 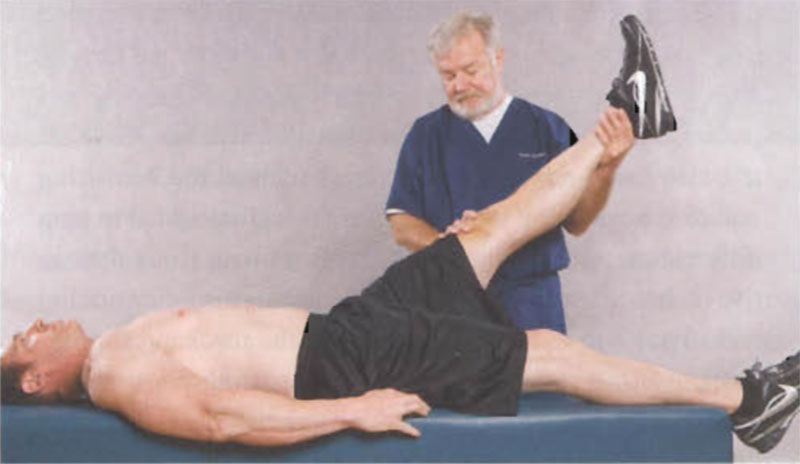 In Dr Stuart McGill’s Book Ultimate Back Fitness & Performance, he found that many of the elite level basketball players, sprinters and weight lifters are usually the tightest and wouldn’t pass the straight leg raise test. It’s been said that their muscles are “wound like springs” because they’ve adapted and developed the ability to absorb load and then contract with an enormous amount of force.

How could tight hamstrings affect the low back?

The theory was that tight or stiff hamstrings pull on their attachment on the pelvis resulting in a “posterior pelvic tilt”, flattening of the normal curve in the low back and increased strain on the lumbar intervertebral discs. As physical medicine has evolved, we know that this isn’t the case.

One of my favourite sayings is from Ulrik Sandstrom, a sports chiropractor in the UK. “Muscles are stupid and they do what they are told”. How does this apply to tight hamstrings and low back pain? A study by a group of researchers from the Netherlands might have some answers.

Participants lay down on an examination table with their leg in a frame that was connected to a force meter. The amount of resistance exerted by the hamstrings was measured as they were passively stretched. The subject held a device in their hand and pressed a button as soon as they were unable to tolerate the tension or pain in their hamstring. Below are some key findings from this test: 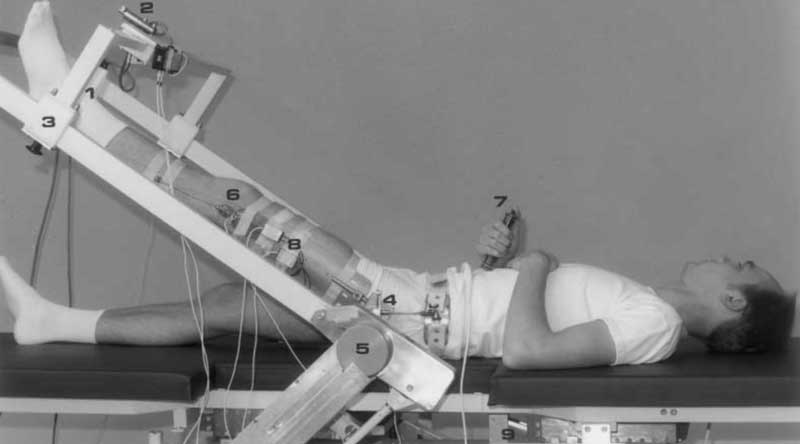 In patients with low back pain, the hamstrings have a much lower tolerance to being stretched and respond differently to those without low back pain. They appear short and tight because they’re being incorrectly instructed by the brain and nervous system to tighten due to the presence of back pain. Remember, they’re stupid and they’re just doing what they’ve been told.

How do we treat this

We now know that tight hamstrings are not the cause of low back pain but rather a reaction to the presence of back pain. It’s no wonder that hamstring stretching has no lasting effect on flexibility or low back pain. We need to address the underlying problems in the low back. It’s vital that you see a chiropractor, physio or another healthcare professional qualified to perform a thorough assessment of your low back and identify factors that could be causing your hamstrings to tighten.

There are a number of different methods that can be used to treat the low back depending on what is found to be the source of pain. If the joints of the lumbar spine (lumbar facet joints) are the cause, they generally respond well to hands-on manual therapy that promotes movement like joint mobilisations or manipulation. Joint manipulation has been shown to reduce lumbar facet joint pain resulting in an instant improvement in hamstring “flexibility”.

Neural tension is another condition that is often perceived as muscle tightness. When a nerve is stretched it increases the electrical activity in a muscle and causes it to contract. Neural tension is diagnosed by placing the sciatic nerve and other neural tissue on a stretch without stretching the muscles in the area. The goal is to differentiate nerve pain from muscle pain. The outcome of the test will determine the type of rehabilitation exercises or stretches best suited for you.

Exercise an important component of your rehabilitation. Core stability and deep diaphragmatic breathing exercises will help improve lumbar spine stability. Gluteal strength and hip stability will also need to be assessed to see whether the hamstrings are tightening as a compensatory mechanism.

The takeaway message here is that if your hamstrings are always “tight”, you need to figure out why. Pain, weakness or biomechanical abnormalities are causing them to tighten up, they don’t just tighten up for no reason. 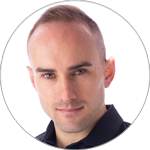 Dr Michael Benporath is a chiropractor with a postgraduate International Certificate in Sports Chiropractic. He practices at Prime Health Co. in Newmarket, Brisbane Northside.